Judge’s Chambers: Ruminations, the reading of tea leaves and an independent weighing of the evidence and subsequent comment

Housekeeping: Check out the Judicial board under the ‘About’ tab on the top menu. We have some very talented individuals now helping TJ13 deliver an ever increasing coverage of all things F1.

People are interested in F1 for different reasons, some for the glamour, the politics, technical issues, history, strategy, rules, innovation etc. TJ13 has set itself a challenging vision and goal to deliver something for everyone.

I believe by providing TJ13 readers with a diverse coverage of matters F1, we can all come to a fuller understanding of the varying dimensions and layers that create Formula 1. Further, fundamental to TJ13 is my passion to encouraging your involvement – even if for just 1 hour a week – then we together will build a community who will demand a hearing and command a greater advocacy for the sport we love.

An example of this would be my current project which involves the investigation of the financial models of baseball and American football to compare with the current F1 structure. With some assistance in the research I could write this article more quickly and begin on the next.

YouTube – The Judge13 TV Channel is coming soon. Anyone who enjoys surfing YouTube for F1 video content would be invaluable to our producer Craig who can then focus on cataloging.

Any one who has just 1 hour a week can help TJ13. Contact me on thejudge13@hotmail.co.uk

It was sad to hear this evening the demise of the flying lap. This was the baby of Peter Windsor who pushed the innovative internet F1 TV.

Shortly before the start of the 1986 season, Windsor was in an automobile accident when the car he was riding in with Frank Williams crashed on the way from the Paul Ricard Circuit in southern France to the Nice airport, causing Windsor minor injuries but leaving Williams, who was driving, paralysed.

Windsor started his journalism career at the now defunct monthly magazine, Competition Car. He was the motorsport editor for the British weekly magazine Autocar from the late 1970s until 1985, and was much-lauded for his Grand Prix reports.

In 1985 Peter became sponsorship manager at Williams F1. He then worked as general manager at Ferrari, only to return to Williams as team manager in 1991. Windsor has won five awards for his writing, and most of his early television work has taken place with networks of News Corporation.

From 1998 to 2000, Windsor was the on-location reporter for FSN’s  Formula 1 coverage. He then joined Sky Sports as a pit reporter on their F1 Digital+ package.

Whilst never seeming to find a permanent niche, I’m sure Peter will be back somehow and somewhere covering the sport he has dedicated his life to.

This mornings theme is ‘the winds of change’ blowing through Formula 1.

At this time of year – between the tests and following the big car reveals – we all are scratching around looking for things to talk about. Invariably F1 finance gets its rightful platform and then by March the teams get busy trying to find one or two 10ths of a second and forget all about it until November. As Chairman of FOTA, Martin Whitmarsh today issues a rallying call to the other teams to unite and extract more cash from Mr. E and CVC.

Speaking not as team principle for the wealthy McLaren Group but on behalf of the smaller F1 competitors Martin says, “We’re in the world of advertising and you only have to see how advertising is worldwide. The rate card is down. We have taken some measures, but I think it’s going to be tough for some.”

I’ve heard this sentiment countless times before and wish people would stop uttering it as a truism. “Bernie’s done a fantastic job for F1”, and usually there is an inoffensive caveat bolted onto the end muttered behind the back of a hand. I have been saying for a while that there feels to be a shift in the prevailing wind direction and here’s another example of this. Whitmarsh actually says, “Bernie has done a fantastic job for the owners”, aha the tide is on the turn.

I was discussing F1 finances with an ex-team principle in Barcelona during testing last year. I asked him why the teams didn’t just breakaway from FOM/CVC and Ecclestone and do their own thing. A number of interesting points were made, one being that Bernie and FOM have bought the rights to practically every name you can think of that suggests premier single-seater racing. Further, some of the circuits have in their contracts clauses that restrain them from hosting a ‘premier global single seater world championship type race – cleverly worded over a score or 2 of pages.

The most important reason the ex-team boss explained to me was that many of the most senior F1 people have at one time or another have received a favour from Mr. E that has most significantly impacted their personal wealth. In other words a grudging loyalty based upon personal gratitude for riches untold. 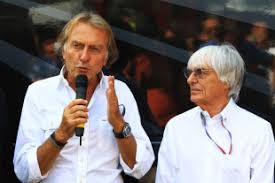 Il Padrino’s lambasting of Ecclestone’s age, faculties and abilities was also a challenge to the throne of Lord Ecclestone. This was a new and personal level of conflict not seen in their fights over the years.

CVC themselves have announced to the world they have engaged an executive search agency to identify potential successors to F1’s glorious leader.

I heard a FOM representative talking recently about ‘when Bernie’s gone..’, change is indeed in the air. The fear of being overheard by the secret F1 police is diminishing as F1 people I speak to recognise they are no longer likely to be banished from the sport and cast into ‘outer darkness’ for speaking against our glorious leader.

Martin continues in this vein.  “We can criticise him but he’s doing a better job than we are. He’s keeping the money on behalf of his employers. That money whistles out of the sport and that’s deeply frustrating for some of us in the sport but that’s exactly what he should be trying to do”.

Mmm – interesting. Here’s the Judge’s summing up of the Whitmarsh statement.

Worthy action – plain evidence of nefarious activity – alleged crime – the necessary proof of actual damages ensuing – and actual injury suffered (even if this is via hearsay on behalf of ‘some of us’). 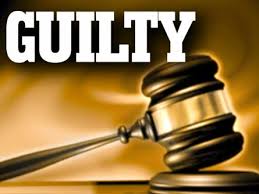 Whitmarsh candidly admits, “If the teams aren’t cohesive enough to work together to secure a larger share of that, then they have to blame themselves” and he goes on to acknowledge, “The business environment is tough everywhere, not just in F1”.

If you look at the finances of the teams, then at least 5 or 6 are not ‘self sufficient under the current financial structure. Martin Whitmarsh elaborates, “Looking at F1, the acid test should be whether the team is sustainable without support from a shareholder, who are often also sponsors”.

“If the answer is ‘yes’, then the business is healthy. If not, then teams will still probably survive but not because they are self-sufficient but only because the owners keep them going. If their parent company switched off the tap, then they would not survive.”

Today FOM have released its annual broadcasting report and the TV viewing audience for 2012 and it shows a staggering 34% drop on the previous year. Mr. E commented, “A small handful of territories didn’t meet expectations in terms of reach, with the Chinese market suffering a decrease which could not be absorbed by a significant number of increases elsewhere”.

The figures measures the number of people who have watched more than 15 non-consecutive minutes of the sport throughout the season and as TJ13 reported yesterday, the UK live viewing audience had halved over the first 11 races of 2012 when compared to 2011.

Audiences also dropped in other new markets for F1. In Russia they fell by 12.8% ahead of the first Russian Grand Prix next year which will take place at Sochi’s $50bn Olympic Park. TV viewing figures even fell in the US, despite the return of its home race after a five-year hiatus. The US Grand Prix took place in Texas in November to great acclaim within the industry, but viewers of F1 in the US fell by 3% from 10 million to 9.7 million.

Despite having a second national driver become  a triple F1 World champion, TV audiences in Germany also fell by around 7%.

The decline in TV viewing is a trend which is being closely monitored by the F1 teams. Eric Boullier said, “We do monitor the new strategy to go to pay TV. It may increase the fan profile and ‘educated’ audience but we may have to review our sponsorship figures if the tendency becomes global.”

In 2009 the FOM reported global audience was 600m and even though this years TV broadcasting report for the first time does not include a global audience figure, it is believed to be just below the 500m mark.

This is another blow to the authority of Mr. E. The platitudes suggesting he has done well for F1 are beginning to wane and sound rather thin. TV revenue and track sponsorship bring in about 90% of the commercial revenues of F1. Tv viewing is on the decline and with Italy and France both adopting the SKY UK subscription TV model who knows how much further the viewing statistics will fall in 2013.

Then the other strand to Bernie’s master plan has been to drive new countries and hosts for F1 races. However, Korea is seen as a dead duck by most in F1 and the promises of an economic revolution to the region from FOM should they host a race are beginning to look a little threadbare.

India is the next card to possibly fall. Should the Indian GP see another decline in their attendance figures similar to last year (50% fall year on year) there will be 2 new circuits who are ghost town venues for F1.

This will strike at the FOM recruitment methodology of new F1 hosts who are persuaded by Ecclestone’s team of huge economic benefits that ensue from being a F1 hosting nation.

China, Belgium, Singapore and the Nurburgring have all negotiated reduced F1 hosting fees in the past 18 months. For me, Adam Parr is appearing more prophetic by the day when he called for a new Formula 1 financial model, suggesting that the present methodology had hit a high water mark and was heading in one direction only – DOWN. 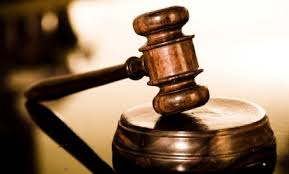 47 responses to “Formula 1: The Winds of Change”