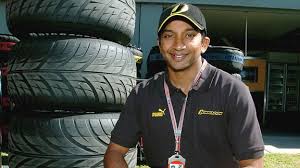 Sebastian Vettel has been criticised by many and questioned by some as to his legitimacy at the once Racing Point, now Aston Martin Formula 1 team, but he insists he […]

“The entire paddock is just waiting for Lawrence Stroll to explode”

The ingredients that didn’t quite gel at Portimao – It takes quite a lot to set up an exciting F1 race. Those who think Jean Todt and the FIA guys […]