Follow thejudge13: Why not follow thejudge13 by email. Click on the button at the top right of the page to receive an email when (and only when) a new article hits the interweb. WE REACHED 500 email followers in only thejudge13’s 15th week and just over 400 by twitter.

Not a lot happeneing today, but we’ll soldier on.

Vettel Honours: In a poll amongst 26 of the European News agencies, Sebastian Vettel has been voted European Sportsperson of the year. Here’s the top 10.

Mallya lacks of cash: It may be that Vijay’s Kingfisher Airline is being strangled by enemies he has made over the years. A revival plan was submitted to the aviation regulator as requested by India’s grounded carrier but was refused as it was not backed by a clear funding proposal, the country’s aviation minister said.

Kingfisher has not flown since October and has estimated debts of $2.5 billion, owing money to banks, airports, tax authorities, plane leasing companies and its staff. Plenty there with a reason to have fallen out of love with India’s once “King of good times”.

Not only has the airline revivial plan not been backed with clear funding proposals, neither has the $80m spend on the Force India team announced by Mallya. I said at the time, Bernie was sniffing around to see which teams were healthy and who was in trouble – and that announcement was a ‘keep Bernie happy’ call – get him to Sign us up to Concorde and release some cash – then we’ll worry about the rest.

2014 will require teams to collaborate: You first reaction may be, ‘are you crazy’, but Cyril Abiteboul speaking to Autosport thinks that the scale of the challenge teams face when new engines arrive in 2014 means that going it alone could be a hindrance. “Potentially this breakthrough will require some partnership between the teams, and that is not only for teams like us.”

He continues, “I can feel that it will be just like in the automotive business when you want to produce a new product: you try to share the platform – that is what Renault, Alpine and Caterham will be doing [for a new sportscar for 2015]. “You want to be more efficient, you want to be more competitive – and therefore you work in collaboration. I think the same thing that will have to happen in F1.”

“It is a bit new to F1, because the teams also have to compete against each on the track, but I think the future will be about collaboration – and 2014 will urge us into considering more collaboration.” I’m not really sure what the Frenchman is on about because we have collaboration now. KERS systems and gearboxes are bought by smaller teams as a ready-made package, maybe he’s talking about customer cars?

Apparently not. “There is a limit and in particular we don’t want customer cars, but between no collaboration at all and customer cars, there is a compromise to be found. I am sure we can do better than we do right now – both for Caterham and F1 in general.”

I’m still not sure what exactly is the purpose for this call to arms of the F1 brethren from Cyril – but it is the festive season – so we’ll put it down to that.

Sochi on schedule: It appears we are scraping the bottom of the barrel reporting that the Russian F1 circuit developers have announced 18 months out from the inaugural Russian GP that everything is ons schedule.

Similarly Maldonado gets married: apparently he was a lacking a little in grip after clipping the flower arrangement and nudging into the vicar before ending up off course in the wrong pews. Nothing new there then – Oh well, roll on 2013 eh Frank?

Petrov awaiting the call: You have to love Vitaly’s manager, Oksana Kossatschenko. She lurches from hope to despair back into a positive mindset again, when others would steadfastly stick with the line they know everyone wants to hear. I reported a couple of months back she was saying Petrov had no chance of an F1 drive in 2013 and should look at other options.

Of course it was he not Heikki who saved Caterham’s blushes by pinching 10th place from Marussia in the dying laps of the final race of 2012 – from ironically Charles Pic who was driving his last race for Marussia before moving to Caterham.

Anyway back to Oksana who asserts to the Russian media that any idea of her charge driving for Force India is fantasy, however she believes “From our side we have done everything necessary, It’s up to Caterham, to make a decision. Vitali is among the possible candidates, but somehow the are currently six drivers [in the frame].”

So we have Petrov, Bruno Senna, Heikki Kovalainen, Giedo van der Garde and Luiz Razia who are still competing to drive alongside Pic – not sure who the 6th is Oksana but still. Playing the sentimental card, “I think following the Brazilian Grand Prix we have better chance to stay where we are – mainly because it was Vitaly which ensured the all important 10th place for the team” Kossatschenko hints.

I really can’t call this one – there are pro’s and cons around the various drivers. Most people would say Heikki is the best driver, but I have to question his commitment and determination towards the end of the season together with his performance on the track relative to his team mate.

Top 15 overtakes of 2012: Here’s a little compilation you may like. We disagree with Ant Davidson who gives it to Kimi – when viewed from above, the Massa move is quite increible – for many reasons.

1900: Be careful what you wager
Prolific pre-war racer Hans von Stuck was born in Warsaw, Poland. Despite many successes on the circuits for Auto Union he was better known for his domination of hill climbing earning him the nickname of “Berghonig” or “King of the Mountains”. He also once won a race driving backwards after reversing the gearbox in his car. In 1926 Count Szichy, an Austrian playboy, bet that Stuck’s Austro-Daimler couldn’t match his Bugatti for speed. Stuck accepted the bet on the condition that the prize was the Count’s wife. Stuck won the wager and the new couple remained together until her death in 1931. 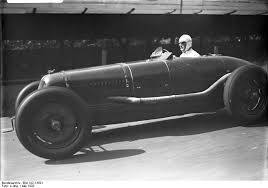 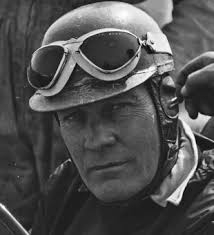 2001
In an era of huge salaries, 34-year-old German Heinz-Harold Frentzen bucked the trend by taking a substantial pay cut to sign a one-year deal with Arrows. It was still believed to be worth around £500,000. Frentzen was sacked midway through the previous season by Jordan after a poor performance at the British Grand Prix. “No matter. I want to race,” Frentzen said. “It’s my passion.” It turned out to be a mixed blessing as the Arrows team went bust before the season was out.

1969
Jean_Christophe Boullion was born in Saint-Brieuc, France. Although he originally signed as a Williams test driver for 1995 he was loaned to Sauber as a replacement for Karl Wendlinger for most of the season. Whilst he scored three championship points he rarely matched the performance of his team mate Heinz-Harald Frentzen.

Alonso on Hamilton: “It was just the car”

With Lewis Hamilton off to a slow start this Formula 1 season, Fernando Alonso has commented on his former team-mate’s situation, saying that you can’t always have the best F1 […]

This year there has been a significant change in the regulations governing car design. Due to pressure from Mercedes in particular the FIA has not significantly altered the car design […]