Brought to you by TheJudge13 contributor Dane Hansen

Nelson Piquet’s childhood doesn’t reflect the cliched stories of any other champion before, or after him. He struggled to remain true to anything he was born into or achieved.  Spening much of his teen years in Miami, Florida he flourished in tennis. With modest features, squiggly teeth and an acquired sense of humor, Nelson never epitomized athleticism. He eclipsed his own talents and lost interest in the sport before turning professional. Playing on a hard court, back and fourth clearly didn’t excite the individual, and he traded cement for tarmac and a linear sport for circles.

At fourteen, Nelson returned to his native Brazil to pursue a sport with more thrill, and decided to take up karting. His new venture became his secrecy, and his success in racing wheel-to-wheel was incognito. To remain anonymous, Piquet chose to race under his mother’s maiden name instead of his father’s Souto Maior. Mr Souto Maior was a health minister for the João Goulart government. Under the guidance of his parents, traditionally academic, Nelson tried as he might to finish his tertiary education in engineering, but settled for a garage job after only managing to complete two successful years.

Piquet’s competitive essence held him in great stead upon his entry into motrosport. He wasted no time in securing back-to-back titles in Brazil’s national karting championship, which swiftly caught the attention of his homeland’s original champion, Emerson Fittipaldi. The Piquet name soon became whispers in the noisy paddocks of race tracks in Europe, and eventually turned loud enough to be heard by the right people. His excellence propelled him through Formula 3, subsequently breaking Sir Jackie Stewart’s then-record of most wins in a season. A year later, he reached the sport’s pinnacle – Formula One 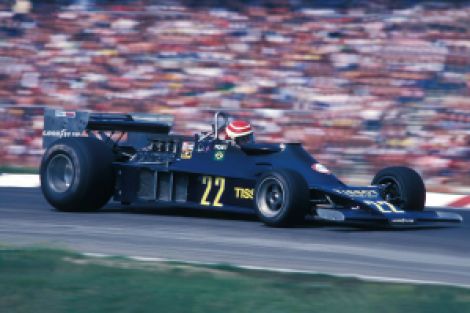 Brazil’s first renegade found the start of his career near the back of the grid. He signed with Ensign and began his debut in twenty-first, then retired thirty-one laps later. But, he wasted no time in creating new ties and signed an additional three race deal with McLaren’s non-works team. His results for these meetings etched a new likeness for Nelson. The following season he joined Bernie Ecclestone’s black and white Brabham team. His teammate for 1979 was a veteran of the sport, Niki Lauda; a man who’d previously looked death in they eye and grinned. The driver pairing was short lived, and Lauda quit the sport all together before the Canadian Grand Prix to take up his hobby of aviation full time. Piquet, became the team’s number one driver. A responsibility he shrugged off as promptly as he’d recieved it. Yet the fact remained the same; he could now establish the Brabham team around himself, even though charisma and authority would be his greatest challenge in Formula One. It was obscurity that would become his trademark in the paddock. 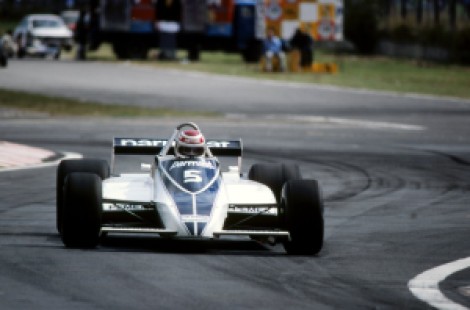 Piquet’s natural flair in the car was rewarded, and in 1981 he won the first of his three titles. Throughout the year, the Brazilian had a heroic season long battle with his South American neighbor, Carlos Reutemann. Reutemann, a future Argentine politician, was the favorite to take the championship for his continent. A comeback would be bold and daring. Only Piquet stayed true to his natural demeanor of showing little emotion, and for him, the effort wasn’t lost and was able to connect with a deep inner tenacity, the type that wins you titles. Piquet came back valiantly. His achievement was momentus,  especially during a time when the points difference between first and sixth was only eight digits. 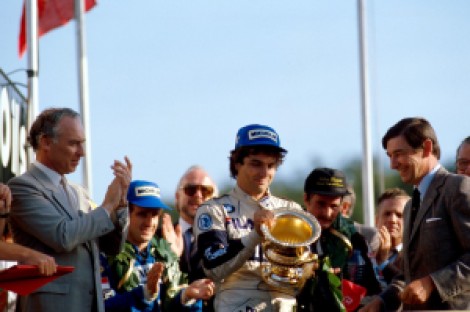 The following year wasn’t anything short of a challenge. Although powerful, the BMW turbo charged engines of 1982 were at a loss for reliability. Nelson’s efforts were partly successful, but the failure of a consistent engine betrayed his attempt to defend his only title at the time. A late return to Ford-Cosworth engines was not enough. With the season essentially a failure, his frustrations lead to a pivotal change of image. After a controversial collision with Eliseo Salazar, Piquet exited the car in great fury and struck him several times using kicks and punches to inflict his revenge. 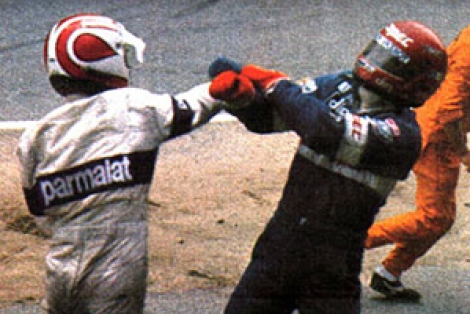 Nelson’s second title came with less show, but, he did help BMW achieve their only title win in Formula One, and his last for Brabham. In 1986 he switched streams and moved to Williams, an icon of British motorsport. Money doesn’t talk, it drives, and Nelson was driven by a lavish playboy lifestyle, one that can only be fueled by alcohol spirits and money. Frank Williams was able to trump Bernie Ecclestone’s price threefold which was an attractive for the wild-boy. Although the Williams cars and drivers were quick that season, Piquet and his British teammate Nigel Mansell, came to lock heads frequently. Their differences both on and off track were met with poor fortune. The 1986 title was lost by both to Alain Prost. The next year, Piquet achieved less wins than Mansell, but his finishes were consistently higher than those of his nemesis, thus handing him the championship.

In the new year, Piquet left the British outfit on sour notes of Mansell being “an uneducated blockhead“, and with even poorer remarks towards the man’s wife, Roseanne.  The Brazilian dabbled in a yellow liveried Lotus for two years, before switching to Benetton for further two. Left in the wake of a young Michael Schumacher, Nelson Piquet quietly accepted his fate and left the sport with three championship titles. His dwindling fame went in hand with the apparent loss of talent. Later, he would confess that his shunt at Imola in 1987 left him with permanently damaged vision and a lack of depth perception. 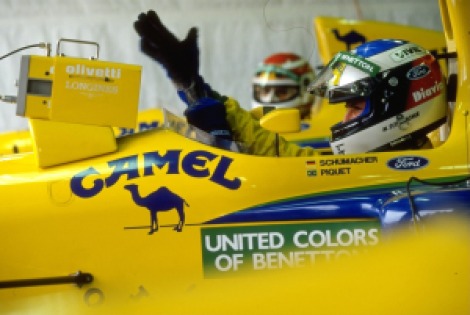 Looking through grainy images of the renegade’s yesteryear, his career in Formula One was turbulent and undulating. A lifestyle of women, leisure and fortune, proved all too veiling of his talents. Compromised sight or a lack of motivation, the Brazilian left the sport as a peculiar man; someone with unusual mystique and unfulfilled talent. Or perhaps, he simply just got bored.