Renault and Newey may have been caught napping

So Williams and Caterham appear to have had their clever exhaust solutions ruled illegal, and you may remember last year all the teams and Renault customers particularly were instructed by the FIA to stop changing their engine mapping for each race. This was believed to be benefiting Red Bull particularly.

The ruling was to tidy up the banning of ‘off throttle blowing’. In simple terms ”off throttle exhaust blowing’ could be described as; when you are driving your car along and you lift your foot off the accelerator to ease through a corner – the engine would scream up to full revs with no gear engaged – and blow a load of hot gases onto something that would increase the traction of your car. 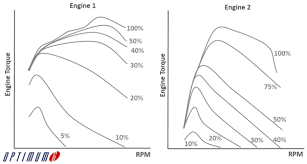 For a great explanation of all this with video and audio so you can hear the difference – follow this link to SomersF1.

Lotus were very quick in 2012 pre-season running and again have looked good so far this year in testing. It is being suggested they have been using a big diversity of engine maps again and there is an argument brewing between the Renault engine teams and the rest.

The issue is over the FIA’s technical directive about engine maps last August. Renault are saying “it was not clear what should apply for 2013″. Ferrari’s engine boss Luca Marmorini is quoted as insisting “Everything remains the same”. Remi Taffin head of Renault’s engine division strongly disagrees claiming “a new benchmark” for engine mapping in 2013 will be set down by teams in Australia next month. He adds, “The (August 2012) directive referred exclusively to last year.”

Apparently the FIA has confirmed the Ferrari position is in fact correct but Renault was reportedly unaware of the Federation’s stance until as recently as Thursday of last week. They have been developing and running new maps to optimise the exhaust-blowing effect for 2013 for Lotus and Red Bull.

This could be a significant problem for Red Bull and Lotus as their designs for exhaust solutions with the air flow as paramount have most likely been conceived of assuming they could use new clever engine management systems.

It appears in the past year or so that if Red Bull are involved in a technical dispute then the ruling goes against them. So if I was Eric Boullier I wouldn’t hold my breath on the FIA changing their position and it looks like some long nights in Enstone and Milton Keynes.

Mercedes stole a march on the other 2 engine manufacturers when they invited influential F1 personnel to see and hear the powertrain they have developed for 2014.

Today it was the turn of Renault to give a peek at their 2014 offering. The engine will use 1/3rd less fuel and produce a boost of 161 BHP for 33 seconds a lap from its 21st century energy recovery systems. Current KERS systems produce 80 BHP for just 6-7 seconds per lap.

Renault Sport’s technical director for F1, Rob White, believes the change is for the better and makes F1 more relevent to the needs of the modern era car user.

White says, “At the time, there was a perceived distance and lack of consistency between the technology employed in F1 and that used for mass production vehicles, from both the economic and environmental angles. It was therefore necessary for F1 to undergo a significant change in order to reconcile these two realities.”

The turbo’s will sound great. Much of the F1 world believes Ecclestone’s concern which were based upon his political maneuverings. White states, “F1 is still going to be very loud, it is still going to be a very violent event. You can see on the test bed that even with relatively slow shifts on a relatively low transient dyno, that gear shifts are rapid and violent.”

Formula E now has a car

TJ13 reported back in January that Formula E had it’s first team committed to the project, Drayson Racing. It will be run by British businessman and former Science Minister Paul Drayson who stated, “We aim to be one of the front runners from the start, leveraging the know how we’ve built up over the past two years working on electric drivetrains and developing our 200 mph electric Le Mans prototype.

We believe that FIA Formula E has very significant commercial potential, it will attract new fans and new sponsors to motorsport and is on track to become the world’s leading environmentally sustainable global sporting event.”

Italian race car maker Dallara declares they wish to join the electric party too. They have previously designed and built single seater cars for Formula 1 and various versions of American open wheeled racing series. It was announced by Formula E that Dallara will undertake “the execution and approval of the new monocoque”.

McLaren are already committed to providing the engine, transmission and electronics for the cars to race in the FIA-sanctioned championship that aims to have a grid of 10 teams and 20 drivers in 2014.

The ultimate aim is to not provide specified vehicles but to have teams designing and building their own cars and drive-trains so that the competition will drive development of the technology. Formula E’s raison d’etre is to provide the platform for innovation in this emerging area of motorsports technology.

This is no rival for F1, but I have to say I’m really looking forward to the spectacle. The cars will accelerate from 0-100km/h in under three seconds and will have a top speed of 220km/h.

Yet with 9 more teams to sign and 8 more host cities to come forward, to deliver the racing series for 2014 seems a big ask. I suppose when Dallara and McLaren have done the maths on the cost of the cars, investors will have a better idea of what they’re getting into.

Much has been written about Formula One Monegasque driver Charles Leclerc and his apparent jinx when racing around the streets of his home town. Ferrari’s number one has never completed […]

Gasly attacks his own team

Pierre Gasly was furious after qualifying in Monaco for the Formula 1 Monaco Grand Prix, and attacked his AlphaTauri team. For after finishing sixth, seventh and fifth in the three […]