TJ13 Note: News is rather thin during testing as anyone with any sense in marketing and PR don’t try to compete with the obsession over lap times that the hard core F1 fans follow very carefully. I miss being there and I have to say having been immersed in Jerez I realise even more the paucity of information the fans really get sat at home.

Ted’s notebook on SKYF1 UK TV which at times is packed with great information was last night as bad as I’ve seen it. What interested me though was Nico’s demeanour which was most upbeat even though the W04 suffered more mechanical issues. If Vettel was any more relaxed than he appeared in front of the press, he would have been horizontal, However, in my experience when Sebastian does this it is a fabulous performance of nonchalance that is hiding something quite dramatic behind the scenes.

Next year I hope to be at all 3 testing sessions with a small TJ13 team who will bring you some more insight similar to that I provided on twitter, but up on the main site. If you have just an hour a week and what to get closer to F1, why not join the TJ13 team – we have things most people can do to help us out. Contact me on thejudge13@hotmail.co.uk

The reason the times of teams during testing are difficult to interpret is that it is not easy to know how much fuel each car is running. The top teams especially McLaren are known for sand bagging and setting their quickest times whilst not on ‘low fuel’ runs. However, when a driver is doing a number of laps it is possible to extrapolate the fuel effect in time per lap as each lap is slightly quicker so should the fastest time be set early in the run, should the lap have been delivered at the end of that run – the time can be adjusted.

This is why Massa commented on Jenson’s fastest lap in Jerez, describing it as incredible. He was on the hard tyre, day 1 with a green track and his fastest time was his first flying lap on a multiple lap run. Today we had both of the 2 fastest laps from Vettel and Perez on soft tyres delivered on a 1 lap run followed by a return to the pits. No time extrapolations are therefore possible.

Whilst the times today were much quicker than at the relevant stage in testing last year and just shy of the 2012 Barcelona GP pole time, this is to be expected as the Pirelli predicted the 2013 tyres would be quicker and the cars have evolved significantly from last May.

Vettel when asked how he feels the car compares said – with his best poker face – “It’s hard to read but I think we are there or thereabouts. It’s difficult to compare because fuel and tyres make a big difference”.

There wasn’t a single red flag during the morning session today in Barcelona. I’m sure no one has this data recorded but I wouldn’t mind a small wager that hasn’t happened on pre-season test day 6 for a long time. In fact surprisingly it was Red Bull who blemished the days record with Vettel stopping after leaving the pits at the end of the pit lane.

He commented, “We had some issues with reliability and couldn’t do as many laps as we wanted, but it is better that these thing happen today than in Australia. It was nothing dramatic, just small things, but the feeling is good, the balance is good and the car feels right, we had some issues with reliability which we need to fix and then we can hopefully go racing in Australia. I am pretty happy.”

121 laps from Lewis Hamilton must be pleasing for the boys and girls back in Brackley. The team tried 2 or 3 different exhaust configurations in the morning with and without Coanda style set ups.

What is true in my experience is that the smaller teams tend not to mess about like this because they need to know where they’re at and  if you look back over the test times, Charles Pic’s move may not be the best decision now that Marussia appear to be funded for the rest of 2013.

Perez added: “The summary is positive. It has been a very important day for us because we managed a lot of mileage and we managed to complete all our programmes. There is still work to do before Melbourne and we have to maximise every chance we have to make this car better for then.” He then joked they may need 7-10 pits stops in Melbourne. Is it looking good for Jenson and his driving style that merely caresses the sensitive rubber boots?

picture from the BBC

I have to say, I’ve attended testing since the restrictions were brought in and I’ve never seen anything like the antics Red Bull have been pulling today. Andrew Benson of the BBC reports, “All the teams try to some extent to stop rivals getting a good look at their new cars in testing but Red Bull, the world champions, are taking that to extremes this winter as their drivers pull into the pits.

Standard practice is for the driver to swing the car out to face the pit wall so the mechanics can then push it backwards into the garage.

But in Barcelona Vettel has been pulling in parallel to the garage door, into an alley barely wider than the car, with mechanics on either side holding a string of three barriers on wheels to shield the car.

They then bring the barriers in even closer to the car while other mechanics jack the car up, put it on trolleys, swivel it around and back it into the garage, while the mechanics bring the screens in behind it.”

Smells like a team with a marginal design who is trying to keep the eyes of the world away until Australia.

Bottas first drive of the FW35

Williams gave Valtteri a completely different front wing to test today. They were predicatbly mid-pack in terms of times.

Bottas “I had a smile on my face after the first proper run, and that was purely because I feel we have made an improvement,” Bottas told reporters at Barcelona.

“It feels better as a whole package, but one area I could point to where it’s better is rear end cornering grip and getting out of the corners.”

Bottas had this to say, “The traction and rear grip has improved and I think that will help us on long runs. The difference [from last years car] is significant. The first impression – when I remember the test I had last year with the FW34 – I immediately felt improvements [this year],” he said.

“It’s difficult to say how big the improvement is, but you can really feel it and you can see it in the data. The car is pretty good to drive straight out of the box. It feels like it’s a little bit easier to drive so for doing consistent lap times it’s really good.”

UPS has committed further to F1 with a partnership deal with Ferrari. No numbers revealing the value of the deal have been revealed however this is a ‘long term’ relationship and on the day Brand Finance declares Ferrari as the most powerful brand in the world – ahead of Apple – this is evidence that a different kind of relationship is developing more and more within F1. Rather than just advertising a product or brand, there is a growth in F1 partners who become operationally embedded within the team and sport’s activities.

The logo will be seen on the sidepod of the car near the exhaust and in addition, the UPS logo will also now appear on the racing overalls of Alonso and team-mate Felipe Massa, as well as on the Scuderia’s fleet of transporters and trackside equipment. It appears the UPS parcel with the drivers overalls displaying the UPS logo was not delivered in time for the announcement with Fernando.

UPS also becomes the ‘official logistics and shipping sponsor’ for Ferrari and will become ‘fully integrated into the company’s daily operations by providing critical and complex delivery and transportation services’.

“We are extremely pleased to have UPS on board as our new partner, as they are one of the most successful and recognised brands worldwide,” said Ferrari team boss Stefano Domenicali.

“Excellence, innovation and precision are critical across every process within the team. Working with an organisation that has the global reach and scale of UPS, and that also shares these values, will allow us to jointly explore and implement ways to improve operations and increase efficiency across the team.”

“We are excited to join Ferrari and be a part of their racing organisation,” added Christine Owens, UPS senior vice president, communications and brand management at the signing of the long-term agreement yesterday at Ferrari’s headquarters in Maranello, Italy. “UPS has been involved in motorsports for more than 12 years. Expanding our involvement into F1 with one of the world’s most recognisable racing teams brings together two worldwide brands that have rich histories and cultures as well as a track record of unmatched commitment to excellence. 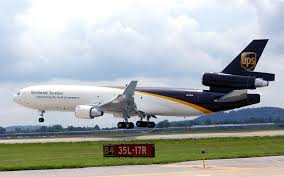 “Both UPS and Ferrari constantly strive to develop and implement new technologies, using speed and efficiency to go beyond what’s expected. Being a part of Scuderia Ferrari helps reinforce the UPS brand globally, positively impacting our business both on and off the track, and by investing in key growth markets around the world.”

UPS sponsorshiped the London Olympics and has current agreements in NASCAR  too.

Meanwhile, Williams’ new multi-year deal with Experian will see the global information services company’s logo visible on the chassis side and front wing of the Williams-Renault FW35 car, and appear on each driver’s overalls, their respective helmets, and team personnel kit.

Ken Chaplin, senior vice-president of marketing at Experian, said: “We’re excited to be partnering with one of the most iconic names in Formula One and look forward to working closely with the Williams F1 team. Formula One provides an ideal global marketing platform for Experian and, along with our 17,000 employees around the world, we look forward to the new season with great anticipation.”

The British team has also renewed and upgraded its current sponsorship agreement with Randstad, the global recruitment company. The new contract has secured Randstad’s partnership with Williams for an eighth consecutive year. As in previous years, Randstad branding will appear prominently on the car’s engine cover and cockpit surround, whilst also appearing on the front and back of all the team’s apparel.

In addition Randstad branding will also feature on the drivers’ caps. Frans Cornelis, chief marketing officer of Randstad, said: “The Williams F1 team demonstrates that success in Formula One relies on the commitment of a talented team performing to the best of their ability. This is also true for employees at Randstad and together we share the core value of striving for perfection.”