Enrique Hector Scalabroni (born Alta Gracia, Córdoba, Argentina, October 1949) is an Argentinian race car designer, technical director, and team racing boss. He was employed by Dallara, Williams, Ferrari, Lotus and Peugeot Sport between 1985 and 2002, before setting up his own F 3000 and GP2 team in 2003, BCN Competicion, which lasted till the end of 2008.

Scalabroni arrived in Europe in 1982 from Argentina at the age of 32. He evolved to became one of the principal designer at Williams, chief designer at Ferrari and Lotus, and the Technical Director with the Asiatech F1 engine manufacturing company.

Scalabroni moved to Italy in 1982, finding a job with the Dallara Automobili group. There he designed the first company wind tunnel and one of the pioneer carbon monocoque chassis for small single seaters: a trend setting Formula 3 car with rearward sloping sidepods, for the 1983 international and national European championships

In 1985, Williams F1 recruited Scalabroni as a designer. At Williams, Scalabroni contributed a substantial part of the six speed sequential gearbox design that Williams pioneered for F1 racing. As design leader, and under the directions of Patrick Head, he was critical in the team that developed the FW11 and FW11B Honda cars that won the F1 World Constructors Championships in 1986 and 1987.

After John Barnard’s tenure at Ferrari (1987–1989), Scalabroni joined the Italian, Maranello based teamas chassis and aerodynamics Chief Designer in September 1989. There he developed Barnard’s Ferrari 640 carbon chassis. The Scalabroni 641 and 641/2 Ferraris were designed in collaboration with Steve Nichols and won six races in 1990 with Alain Prost and Nigel Mansell. Ferrari took second place in the Constructors Championship.

In 1991 Scalabroni was recruited by Lotus F1 Team, where he produced the Lotus 102B for drivers Johnny Herbert, Mika Häkkinen and Julian Bailey. Before leaving the Hethel team, Scalabroni left one audacious project: an F1 car with the four wheels set up as a cross or rhomboid, two at the sides, protruding from the middle section and one each at the front and rear. Lack of financing ended this project.

At the same time, the South American engineer was consultant for the De Tomaso Guará, in charge of chassis and suspension design. The De Tomaso company Scalabroni also worked in the Bigua development (model known also as Mangusta), model to be known as Q Vale Mangusta, after the De Tomaso family sold the firm assets to new American investors.

In 1992 Scalabroni went to Peugeot Sport, then concentrated in the sport prototype championship and the Le Mans 24 Hours. 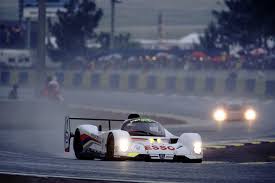 There, Scalabroni assisted in the Peugeot 905 development, working with Andre De Cortanze and was in charge of the 1992 Le Mans winner car of Dereck Warwick-Yannick Dalmas-Mark Blundell. At the same time, Jean Todt, then team director, entrusted Scalabroni with the “avant projet” of the Peugeot Formula 1 car.

When the PSA top executives denied Todt the resources necessary for an F1 team, the mercurial racing boss left for Ferrari and, soon afterwards, Scalabroni was on his way to a company of the ex F1 driver Takeo Ikuzawa. Ikuzawa wanted to establish his own F1 team and during two years Scalabroni and a small, but strong staff, of engineers designed and aerodynamically tested the scale models of the future car.

That project was stopped, but Scalabroni remained with Ikuzawa till 1998 designing different systems for the Japanese automotive and motorcycle industry, claiming several invention patents in the process. Williams recovered him in 1998 and the team’s BTCC Renault Lagunas used efficient aerodynamic and mechanical solutions from Scalabroni.

Once finalized the Williams consultancy agreement, Scalabroni started, late in 1999, what was to be the Asiatech engine Formula 1 project.

Scalabroni and Peugeot agreed to purchase the assets of their F1 engine program, renamed “Asiatech F1” and kept the factory and personnel. While Asiatech gave its engines to Arrows in 2001, Scalabroni started in the former Williams BTCC premises at Didcot, England, a technical office to design an F1 chassis financed by the same group of companies owner of Asiatech, and headed by Hideo Morita, the heir of the Sony Corporation founder. In 2002 Asiatech was Minardi’s engine supplier but, unable to find proper financing and customers, the company closed its door at the end of the year.

In 2003 Scalabroni established his own team, BCN Competición, based in Granollers, Barcelona, Spain, associated to his Spanish frien 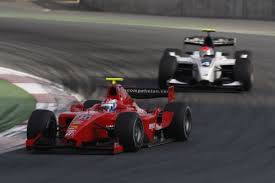 d Jaume Pintanel. With Scalabroni at the helm, BCN Competición competed in a Formula Nissan “Light” in 2002, then in a Formula 3000 with which Enrico Toccacelo gave the team a victory and second position in the 2003 championship. Scalabroni got one of the GP2 licenses in 2004 and remained in that series till the end of 2008. At the end of the 2008 season Scalabroni sold the GP2 license and cars to a Group of companies represented by Portuguese driver Tiago Monteiro who set the new Ocean Racing Technologies Team. Once the deal was clinched, Scalabroni concentrated in other new projects.

The headlines from the second practice session at the Circuit de Catalunya were many. Charles Leclerc’s Ferrari was on top but the previously hopelessly balanced Mercedes found new poise with […]

Mercedes F1 answered their detractors in FP2 at the Barcelona GP weekend. Their cars were P2 and P3 behind Ferrari’s Charles LeClerc, but again Hamilton couldn’t match his team mate […]

17 responses to “Enrique Hector Scalabroni: His history and an explanation of ‘roll centres’”