When I read this headline in the Indian Telegraph, I thought – clever chaps those Indians and this image sprang to mind.

If you want the background to this story, read “Force India: How the tower of cards could collapse” – Oct 14th 2012.

Anyway, Subrata Roy – known to TJ13 readers as ‘Rob Roy’ – Vijay’s mate has been up to dodgy business. Shara own 42.5% of Force India and Vijay has the lions share of the rest

The Indian securities market regulator (Sebi) have not been happy about how the group went about raising $3bn of capital from small private investors.

The first question that springs to mind was why didn’t they raise the money from the banks? Particularly as they were offering the small investors in excess of 15% interest per annum. Anyway, the Sebi ordered this money be repaid, and if the investors couldn’t be found their share lodged with the Indian authorities. 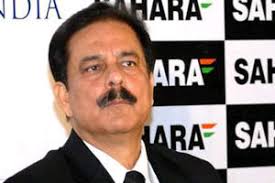 Rob Roy declined to comply. So in Mumbai the market regulator Sebi today ordered a freeze of all bank accounts of Sahara Group chairman Subrata Roy and the attachment of all his movable and immovable properties in an attempt to recover over Rs 25,000 crore that two unlisted group companies raised over four years ago.

The Indian Telegraph comments, “Valued at $3 billion, this is India’s — and probably the world’s — biggest disgorgement exercise after controversial security flotations.” 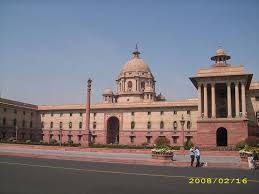 The Supreme Court verdict had seemingly marked the culmination of a two-and-a-half-year battle that market regulator Sebi had waged against the Sahara Group on the charge of violating rules that govern how companies can raise money from the public.

However, the Sahara Group had tried to stymie the recovery of money by challenging in the courts the process that Sebi was resorting to. Last December, the Supreme Court threw out the Sahara Group’s challenge and ordered it to pay the amount in three phases — an immediate payment of Rs 5,120 crore, Rs 10,000 crore by the first week of January 2013 and the remaining amount by the first week of February 2013.

The Sahara Group did not make the payment, necessitating today’s order.

Saran has ordered Roy and the three group directors to furnish details of all the movable and immovable properties they own within 21 days.

The 17 banks who have lent kingfisher Airlines nearly $1.5bn yesterday signalled their patience is at an end. having extended beyond reasonableness extension after extension to Mallya to lodge monies with the authorities to repay debts the banks.

The Hindustan Times reports the head of the bank consortium as saying, “We have shares pledged to the consortium of United Spirits. We also have some shares of Mangalore Chemicals and Fertilisers. These shares are low-hanging fruits. So, this should be the first line for us to recover the money. We expect some realisation at least from the sale of shares during this quarter itself.”

Kingfisher Airlines CEO Sanjay Agarwal did not take calls or reply to messages sent by HT. The airline’s official spokesperson, too, declined to comment.

Vijay’s personal luxury airliner was impounded by Indian tax authorities last month and he has pledged his father’s estate as collateral against the airline which will be recovered by the banks along with assets from United Spirits.

Far be it from me to suggest there is a conspiracy to humiliate the once ‘King of good times’, but the timing for Diageo could hardly have been more perfect. Three months ago they requested permission to acquire United Spirits shares from Indian shareholders – a process necessary for a foreign based investor.

Mallya has always banked on getting out of this alive with value from his shareholding in United Spirits. Yet, should there now be a run on the share price of United Spirit’s due to the banks’ imminent recovery activities, it could be by the time Diageo come to pay for the remaining shares, it may cost them merely a goat and a hand full of chickens.

I have consistently questioned where the funds for Vijay’s announced $80m investment into the Force India team will come from. Interestingly I was contacted this week by someone with inside information who asserts Mallya claimed to a gathering of workers at Silverstone that these monies would be from his own funds.

Following the news today, we now understand this investment will be derived from…Err…Mmm. Let’s move on shall we?

We’ve just discovered how strange the timing of events can be. Following the release to the world yesterday of the ‘lost documents’ the acquit Mr. E of all wrong doing over the transfer of F1 commercial rights shares; and the subsequent eulogies over how F1 could have never been what it is without its loving father figure today we hear another hammer blow has been taken to the viewers of F1.

In an 11th hour deal, Canal+ have gazumped long-standing French F1 free to air broadcaster TF1 and procured the rights to show F1 exclusively in France for the coming season.

The BBC surrendered the rights to a shared deal with SKY in 2012 that saw them cover just 10 race weekends live and provide highlights only for the rest. SKY in Italy have now commanded a similar arrangement for 2013. However in France F1 will only be shown on the subscription TV channel Canal+. Ironically after years of no French driver in F1 we now have Romain Grosjean, an exciting talent, who many of the French public will now be no longer able to watch.

In the UK during the 2012 F1 season, we were provided with regular TV viewing figures until just after the Eurpoean season concluded and then it all went quite (Google ‘F1 UK viewing figures’ if you don’t believe me – no articles after October and plenty before).

FOM claim global audiences were up 12% in 2012, however there was an additional race weekend compared with 2011, and of course the inaugural Austin event and the return of F1 to the USA accounted for more than this increment.

What’s the problem I hear you cry? Surely the coffers of F1 are being bloated even further and the teams receiving more finance.

Simply put. Teams are sponsored by companies who wish to have their brand emblazoned across the retinas of as many people possible. All TV advertising works this way. Place an advert on prime time TV and you may pay 10 times the 30 second-rate as you would for an advert run during off-peak viewing slots.

The risk to F1 is that if TV figures slump 50%, sponsors will fund the teams to a far lesser extent than they do now. So the great F1 financing model may be in need of some rethinking as suggested by Adam Parr. Yet whether Mr. E is on his ‘A game’ on this matter is yet to be seen.

HRT: Dreams  and fantasies of HRT making a comeback have been firmly squashed today. Matt Martin, the owner of an auto parts recycling business concluded the acquisition of the scraps of HRT today. This included 2 cars from 2012, a demonstration car and some tooling and a couple of trucks.

The Cosworth engines and Williams gearboxes are to be returned to their respective owners.

Sutil and Force India: Today the Silverstone team announced, “Adrian has had a seat fitting with the team this week. At this stage, the test driving schedule for the Barcelona test is not finalized but there is a possibility Adrian could be involved. The driving schedule will be communicated on Monday next week.”

GPDA: Pedro de la Rosa will continue as chairperson of the Grand Prix Drivers’ Association in 2013 despite not having a race seat for the season.

Max Chilton: has just proven everything that is bad about twitter as @maxchilton tweets, “Dinner time.”

Alpine F1 will start this Sunday’s Monaco Grand Prix in a strong position on the starting grid, with both drivers in the top ten. Fernando Alonso qualified seventh and Esteban […]

Much has been written about Formula One Monegasque driver Charles Leclerc and his apparent jinx when racing around the streets of his home town. Ferrari’s number one has never completed […]