First impressions of the car itself. Clearly, Ferrari have no interest in participating in the Resource Restriction Agreement as they have gone to the incremental expense of fitting a modesty panel over the stepped nose. Truly, compared to last years ugly sister this is the princess Cinderella. Let’s hope her slippers are not made of glass.

In true “Ferrari – we are Ferrari – and the devil can try to take us if he wishes” style, of all the places Il Padrino could choose in the vast complex of Maranello – the launch took place next to the wind tunnel. Stefano is still twitching, however TJ13 believes he had been properly medicated in advance and will recover in time.

If you look closely, you’ll see some interesting cut away pieces in the back wing, however these may be decoy’s. I’m awaiting technical comment on that. They look quite savage and could be the Ben Hur style chariot weapons TJ13 readers have been debating. The theory is simple. As another car tries to overtake Alonso and Massa, wicked vortex’s will be created by the slashes in the rear wing and spin the adversary into the gravel and out of the race.

The problem is, there’s not much gravel left – just acres of concrete car park style run off areas. This leads me to believe we will see some highly tactical driving from Alonso. He may allow his opponents to catch him and attempt to pass on a section of the track where there are walls or barriers fairly close. He then whip’s out his vortex weapon and BAM! 1 down, 20 to go.

Bernie is so going to love this. 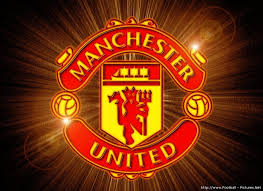 Another point worthy of note is the off track battles raging between Marko, Il Padrino and Lauda. I believe Ferrari have stolen an idea from their customer team Sauber, which they will exploit to gain maximum global advantage.

This is no technical whiz from Peter Sauber we’re discussing, it is the relationship Sauber mysteriously declared in 2012, when the revealed they were partnering with Chelsea FC. As in F1, Chelsea are clearly 2nd tier – the also ran’s  – in European Football when compared to their seniors and betters – Manchester United.

I see black socks on this F138 and the red and white of Old Trafford is unmistakable. I believe an announcement is imminent.

Lauda is confident of topping this. With the arrival in Germany of the man who many believe to be the best manager in world football at present – they are closing a deal with Bayern Munich as we speak. I believe Pep Guadiola will be present at the start of each race weekend to give the team a ‘Pep’ talk.

Alonso was asked whether his decision to miss the first test was inspired by Senna who had done the same. He confusingly replied that he didn’t know  Senna had done that. He then added that the reasons were the same? One point back to Marko we judge.

More seriously, analysts are starting to suggest that there is less change on the F138 than they were expecting. I’m guessing this expectation was heightened with Il Padrino’s continued rally calls to the Red Maranello troops to ‘push the boundaries to the very limit”.

Have Ferrari gone from the sublime to the ridiculous? Last year their car was too complex early doors. Is it possible Ferrari strategy cunningly decided not to build a new 2013 hoping the Manchester United socks would dazzle us beyond awe.

Launched their car today. If you wanted to view it on their website you had to sign up for ‘Mallya World’ – as it was members only. Force India have regained their balance following the rumours of Mallya’s empire collapsing creating panic within the team.

Clear thought and incisiveness was demonstrated by their planning department today as they calculated it would be a ‘coup detante’ to steal the attention away from Ferrari and so began the launch of the VijayMallya06 whilst Maranello was clearly boring the world of F1’s attention.

Technical director, Andrew Green said “I’ve pushed the guys quite hard in areas that’s outside their comfort zone. It is under the skin, you can’t see it from here: rear suspension, front suspension, aerodynamics have all been pushed hard.

I think the guys have done a really good job over the winter and the car is a step improvement from last year. The car should be a lot more consistent, should be a lot easier to drive. We’re looking forward to Jerez to see whether it does what it says on the tin.”

Many have suggested Jules Bianchi was to be the next ‘Mallya man’ but he was in Maranello at the launch of the F138.

Prior to the launch they uploaded about 50 pictures of Paul di Resta. Mmm. No word of his partner yet though. The Scot had this to say, “I’m eager to feel what the car is all about. We’re giving it a short test today to get a bit of an idea.”

However he was non-committal on how the car will perform from the off. “I think it’s difficult to set yourself targets, especially at this point. It’s consistency and working the momentum to carry over from last year. That’s the focus, to have a car that gets into Q3 and put ourselves into strong positions.”

Bob Fearnley asserts, “There will not be the surprises in 2013 as in the first half of 2012”, and I believe him. They will just be very very different and possibly very very much bigger surprises.

Sara Holt – Former BBC reporter – commented on what she felt was most significant at the big unveil. She said, “To be fair Di Resta is looking trim. He says he has been focused on his fitness over the winter, and has been cutting out the biscuits.”

Wiping the drool away from her lips, Sarah remembers her task in hand and asks Paul how he’s feeling. “It’s a strange feeling not to have a second driver but it’s not hampering my preparations. When they bring someone in I want someone who’s fast, competitive, somebody that I can work with and develop forwards.”

Then apparently unable to control her hormones, former BBC reporter @SaraHoltF1 comments, “You know, I’d be worried if I was coming into Di Resta’s Force India hood. He seems to be scarily super-fit… Listen to this PDR quote…’Waking up with pain is what it’s all about and it’s kind of become immune to me'”.

Sara concludes, “I Reckon he wants to be the new Hulk”. [drool is now a gushing river]

Paul returns to a previous theme of his, even though the timing is strange. “I see it as seats opening up at the end of the year” and when questioned whether the Hamilton move has closed doors at Mercedes he insists, “At the end of the day the relationships that have happened might not gel together and there might be opportunities there; I just need to build my reputation and put my nose in front of the people if it needs to be.”

I suggest that Paul should heed the lessons of the likeable – but now unemployed  – Kovalainen and get some hard miles in finding new personal sponsors if substance. Whether we like it or not, Louiz Razia demonstrates clearly where many F1 seats are at.

Following the tear jerking, emotional McLaren affair, not everybody felt this was the slickest of F1 ‘reveals’. One amusing tweet I saw commented, “If car launches were soap operas, then Ferrari’s would be ‘Dallas’ and Force India’s would be ‘Emmerdale’ –  Only with fewer sheep.” Translation: for Aussie read ‘Home and Away’ – In the USA  read…. well where do I begin. Great Citizens of the Union, fill in your own blanks.

On the matter of the second driver, James Rossiter who is the Pedro de la Rosa of Force India, will be doing some testing in Jerez. He however is not confirmed as the team mate for Di Resta by Bob or anyone available for comment. On that matter Formual1.com – Bernie’s site – still have not confirmed either Force India driver. It has been pointed out to them many times they are in error but they persist with the policy demonstrated below.

Other bits and pieces

TJ13 has unfortunately been busy today – so behind the 8 ball so to speak. Comment is brief, so far. Hopefully more to come later.

Van der Garde: Will fill the remaining seat at Caterham.

Segio Perez: For you Star Trek lovers, thejudge13 thinks he has been assimilated by the corporate Borg. SergioPerez.com

Louiz Razia: TJ13 was suggesting a week or so back, he had gained a substantial number of sponsors – rumoured $20m – and as sure as eggs are eggs – that gets you an F1 drive. He will replace Timo Glock at Marussia. Who needs Bernie cash huh?

Marussia: Are to launch their new car in the pit lane before the first test session of the year next Tuesday in Jerez. Max Chilton will be the first to drive the car.

Tamara Ecclestone: If you want to know how rich F1 has made Bernie, his daughter was at ‘Aura’, a strictly members only nightclub on the 29th Janauary – with a couple of friends. AuraMayfair.com

The club’s sight tells us food is around £20-30 per head – pretty reasonable one might think. Well Tamara amassed a bill of just over £30,000 on crystal champagne, however, the club rather generously state on the bill that 1 bottle of lemonade and a jug each of Cranberry and Orange were complimentary.

Paddy Lowe: “No issues” if he leaves McLaren says Jenson.

Ecclestone suggests Mercedes will be fine without Brawn

Ecclestone tips Vettel to beat Alonso again. Marko hopes this alliance will be his ultimate weapon of mass destruction and universal domination, but are Bernie’s super powers fading?

Ecclestone Nurburgring definitely on – Yeah right. Any one read the tale of ‘the boy who cried wold’. However,

24 responses to “The unveilings of the Ferrari F138 and the Force India VJM06, UBS may quit F1, Van der Garde for Caterham, Razia for Marrusia, Nurburgring Hokey Cokey now in, Ecclestone: Vetter will beat Alonso 2013”