Follow thejudge13: Why not follow thejudge13 by email. Click on the button at the top right of the page to receive an email when (and only when) a new article hits the interweb. WE REACHED 500 email followers in only thejudge13’s 15th week and just over 400 by twitter.

Brabham return to F1: The famous Brabham name could once again make a return to F1. Triple World Champion and Australian Jack Brabham now 86, founded his eponymous team in 1960 and it later raced under Bernie Ecclestone’s stewardship. In 2009, a German automotive supply company, Formtech, claimed it now controls the Brabham team name and filed an official entry for the 2010 Formula 1 season.

But the Brabham family hit back, launching legal action to “protect the family name”. Jack Brabham’s son David, a sports car racing specialist who contested 30 Grands Prix in the 1990’s, said: “Right now this is a very sensitive issue. But, yes, there is the possibility to bring the team back [to F1],” he told Brazil’s Totalrace.

The Brabham team won two constructors’ and 4 drivers’ titles in the 1960’s and 1980’s, last racing with Damon Hill at the wheel in 1992. David Brabham continued: “For now, we have a predicament behind the scenes, involving the rights of the name. It’s 98 percent resolved, and when it is 100 percent we’ll see what we can do.”

I can’t see Ecclestone sanctioning another team at present whilst he and CVC are losing revenues from race promoters renegotiating hosting fee’s and whilst he is struggling to get a 20th track for 2013. The next new team (no.12) may well be post Mr. E when a new structure can be agreed by the teams for sanctioning say 12 or 13 permanent franchises.

UPDATE: Following criticism (in general) from a well respected journalist about the Brabham story and cut and paste journalism – I’d thought I’d add this update.

Before the start of the 2010 season, a German businessman who bought the remains of the Super Aguri team lodged an application with the FIA to start a team under the Brabham name. The Brabham family then began court proceedings, claiming they knew nothing about the team or the businessman’s rights to use their name. For some context, Lola and March, two additional legendary F1 constructors, also lodged applications to join the circus in 2010, efforts that came to nothing.

That’s where things have been for more than three years. However, the legal battle like all legal battles is near ended yet as pointed out by Jonathan Ramsey, “any team or naming rights owner would need to find a team to buy or buy the branding rights for. While a sufficient amount of money can always get a conversation started in F1, there probably aren’t any teams that truly fit either of those profiles right now.”

And I repeat, thejudge13’s opinion was that this headline ‘Brabham return to F1’ was unlikely.

2014 engines: Charlie Whiting, is sure F1 will not miss the sound of the current V8 engines. For the past couple of decades, fans have been spoiled by the ear splitting tones of normally aspirated V12, 10 and now 8 cylinder power plants. But from 2014, the sport will sound more placid, as turbocharged and comparatively low revving 1.6 litre V6 engines power the cars around the tracks.

There have been fears the more sedate sound will turn off fans. “I think people will get used to it pretty quickly,” Whiting tells Peter Windsor on his online blog. “Honestly, when I think back to the old BMW four cylinder engine we ran in the Brabham days, that revved to 11,000rpm and it sounded fine. The new engines are not going to be silent.

“The sound is going to be different but people will get used to it very quickly, I think. It’s a big challenge,” he adds, “A very big challenge for the engine manufacturers. I’m looking forward to seeing the engines run, to see how complicated they are and how clever they are. They’re going to be extremely high-tech power units, that’s for sure.”

Those of you who remember the old turbo engines, will know what Charlie is talking about. However, there may be an an incremental muffling effect as the new 2014 engines also have integrated the turbines for the engine  energy recovery systems (the KERS replacement technology).

1948
Sir Malcolm Campbell, legendary racing driver and land speed record holder, died at his Reigate home at the age of 63. He was one of the few leading drivers of his era, especially those who featured in speed-record attempts, to die in his bed. Campbell became a national celebrity as he broke the land speed record nine times between 1924 and 1935 – on his last attempt he became the first person to drive a car at more than 300 miles per hour. He also set the water speed record four times. As a grand prix driver he won the 1927 and 1928 Grand Prix de Boulogne driving a Bugatti T39A. He died peacefully after a series of strokes. His son Donald continued the Campbell legacy setting records on both land and water until he was killed in 1967 in a crash on Coniston Water.

1954
One of the most influential and controversial figures in the modern world of F1 was born today. Herman Tilke is responsible for most of the modern day circuits around the world including Sepang in Malaysia, Yas Marina in Abu Dhabi, as well as Bahrain, Shanghai, Istanbul, India and Austin. His circuit designs aim to encourage overtaking and drama, many featuring his trademark tight turns at the end of long straights. Critics however, have accused him of bland designs which have killed races as spectacles. “Some races have a lot of action, others not. That is the same in every sport,” he countered. “Racing is very dangerous, and nobody wants dead or injured drivers.

And that’s it: for 2012. Thanks again for all your support. We are at a run rate of around 25% reads of the James Allen site which has been going a number of years. It would be amazing to catch them up in 2013.

I’m moving offices over the next couple of days so may not be able to post anything. However, all you signed for email will find out as soon as the next post is out. Have a great New Year celebration and a prosperous 2013. 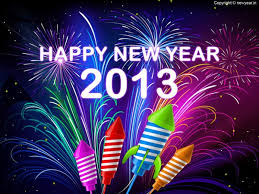